Space captures kids’ imaginations in a way nothing else can, and with the endless expanse of the summer holidays stretching out before them, we wanted to let kids and parents know that The Fun Is Out There… at Xscape Milton Keynes and Yorkshire.

For this cosmic campaign, the crew at 10 embraced the retro aesthetic of 80’s sci-fi posters (think E.T. and Close Encounters of the Third Kind) with our hero boy looking upwards with wonder amongst rockets and shooting stars. The X-Files inspired campaign line glows and shimmers against the night sky, asking the summer holiday crowd to look further afield this summer. 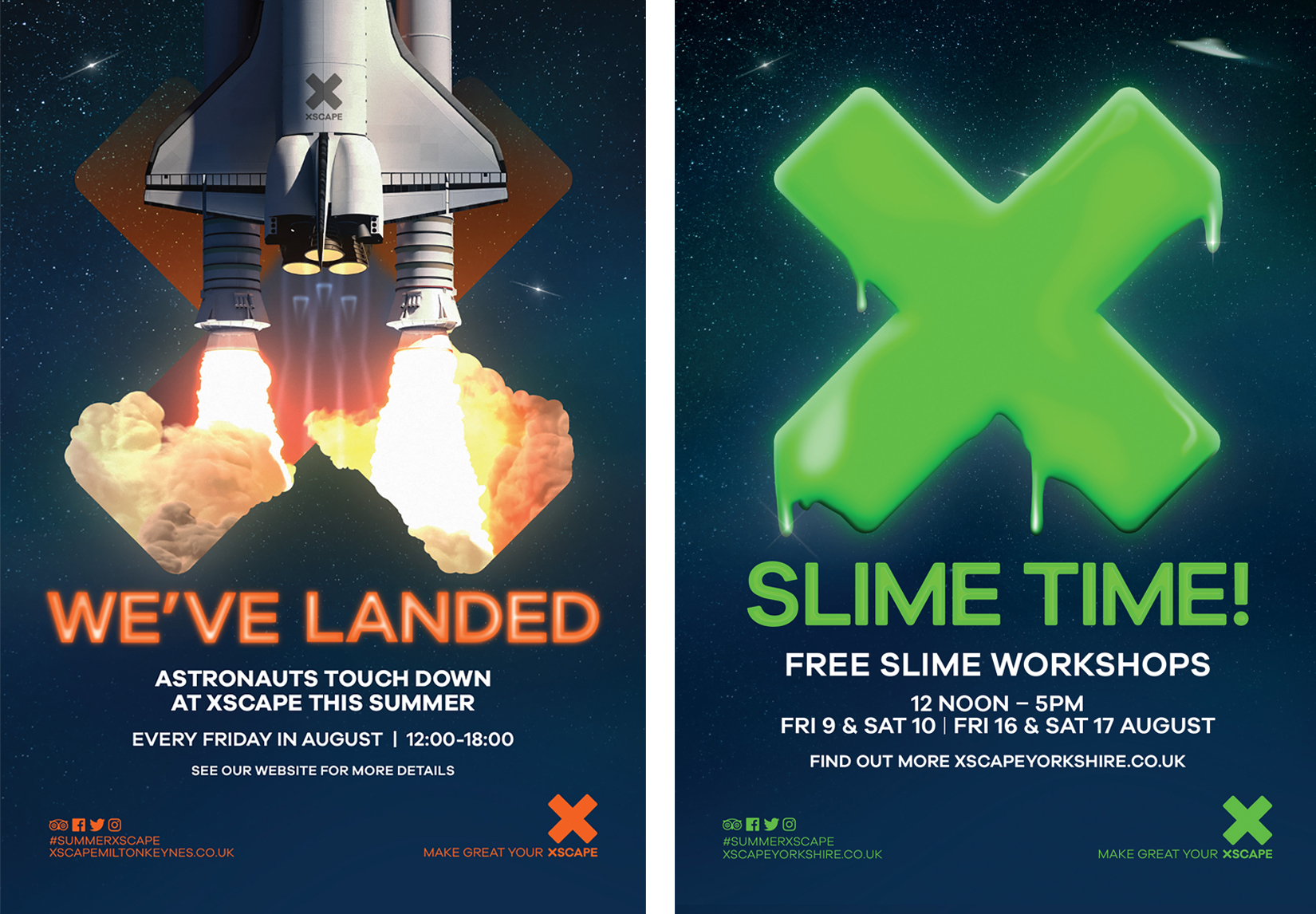 This year’s 50th Anniversary of the Apollo 11 Moon Landing gave us the perfect launchpad to blast off from, bringing all things astronaut and alien to Xscape. 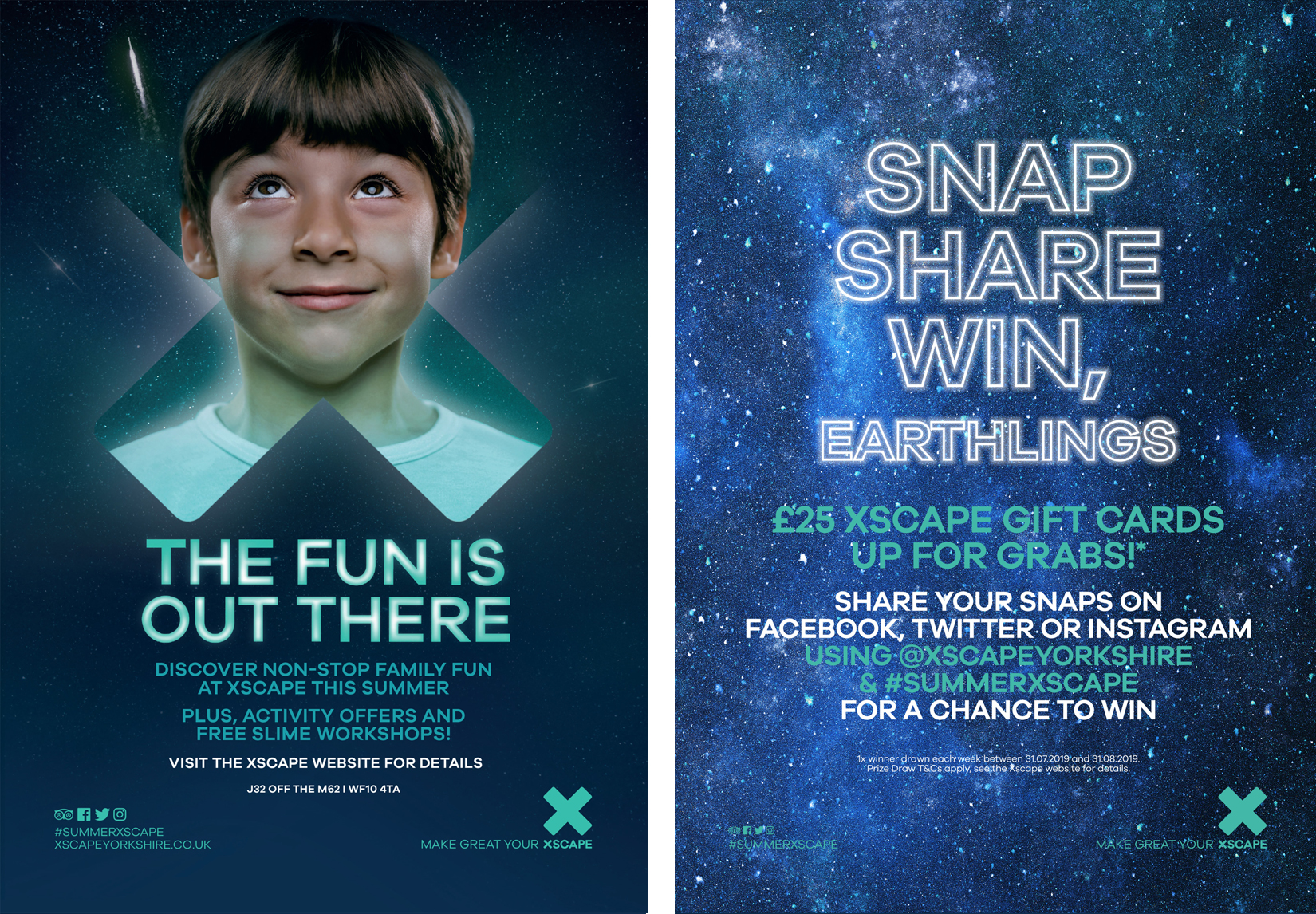 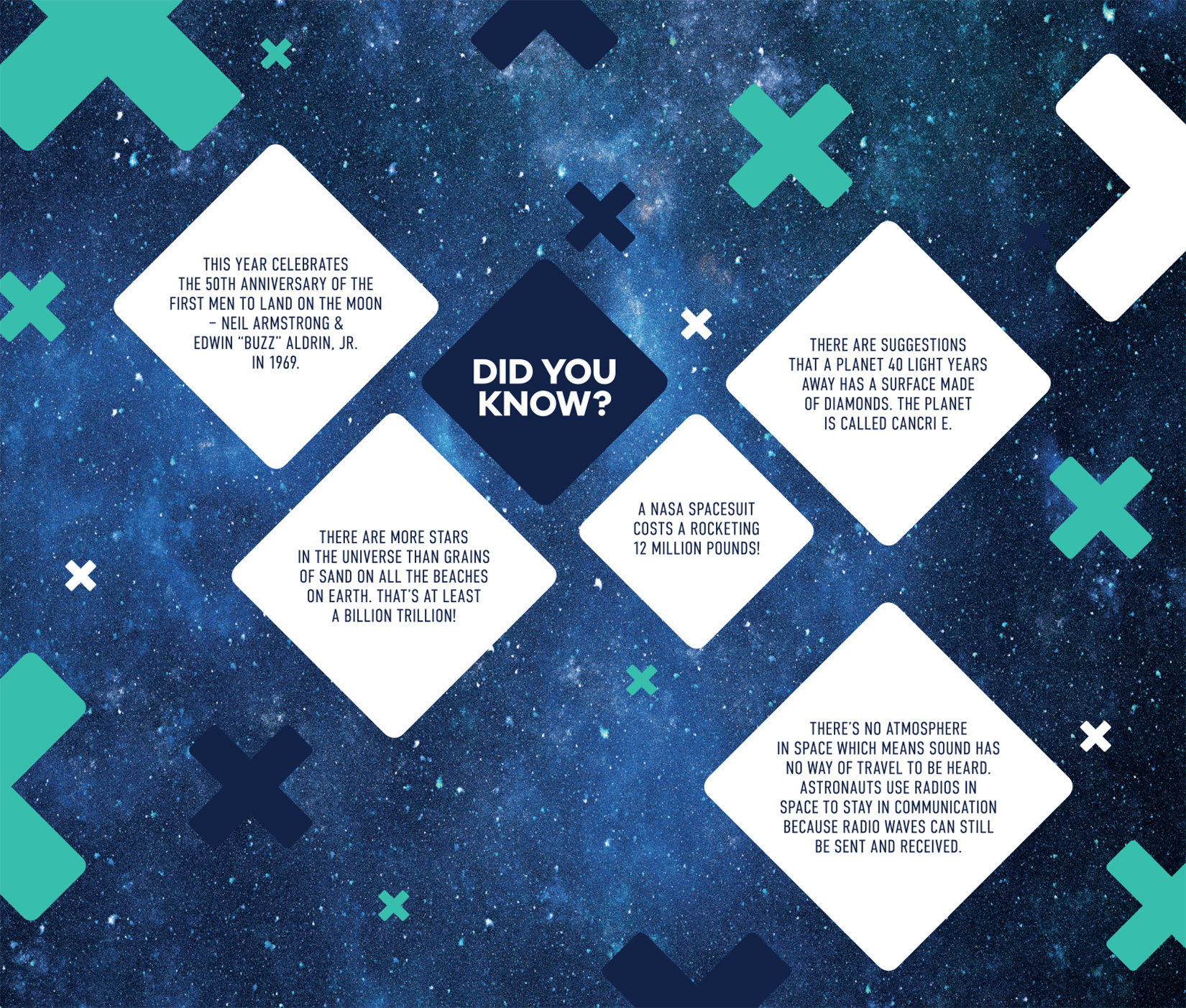 Subscribe to our newsletter, Take 10, and join the adventure.